I'm Thibaud and I make games. Here's a bit of what describes me best:

Down below are all the playable games I made/was part of.

This description is short because I'm working on the game. Stay tuned for the release!

I worked on this project during a 4 months internship at Ubisoft Paris Studio. I was part of the Digital Services team as a Game Designer.

My missions consisted on designing online and digital services focused on ARM problematics.

I worked on the matchmaking, some social, economic and cross platform features (that are still under NDA) and the DLCs.

∨ Read more ∨
∧ Read less ∧
ULTRAFLOW is a nostalgic game. It reminds me of those flash games I played when I was young. It's hard but fair, minimalist but understandable, and amazingly viral.

Watching someone flick the ball and fail will likely give you this fever, you know, the "I'm better than you, let me do this" one. But you'll fail as much.

It has been featured on Gamejolt, itchi.io, Google Play Store, App Store, Amazon App Store, Windows Phone Store and Unity3D (and Baidu). Also the Windows Phone 8 version has been selected for the Unity Offer Program! The overall rating is 4.5/5, with more than 3,500,000 players on all platforms worldwide.

I worked with 4 fine peeps, Franck (with whom I've made 16), Gautier, Theophile and Maxime.

I designed and developed the game, graphics and tools with Unity3D and published it on several platforms (Android, iOS etc.).

∨ Read more ∨
∧ Read less ∧
HiLight was my first experience in the industry. I worked on it during my whole 3 months internship at Infinite Square, a Paris-based company specialized in Microsoft technologies and B2B.

In this game, you'll have to reproduce sequences of inputs and travel through 75 procedurally generated levels.

Here's the website with download links. The overall rating is 4/5, with approximately 30,000 players (or a lot lot more, I don't know for sure).

I developed the game system and gameplay loop, integrated a part of the UI and optimized the port on Android and Windows Phone.

∨ Read more ∨
∧ Read less ∧
16 is my first complete game as both a programmer and a game designer. It's a love letter to every platformer aficionados, and it was made by two guys that hadn't even begun their career in the industry. Frankly, we had no idea of what we were doing, but we did it and it was awesome.

In this game, you'll have to create your own pixelated characters and control, explode and/or sacrifice them to progress. There's 56 levels for about 2 hours of fun and rage.

We attended the Casual Game Cup 2013 with it, and we won two prizes, the Audience Award & Most Original Universe Price. I would rather not call it a casual game though.

I worked with Franck. He made the levels and the musics. I designed and developed the game and graphic aspect using FlashPunk. 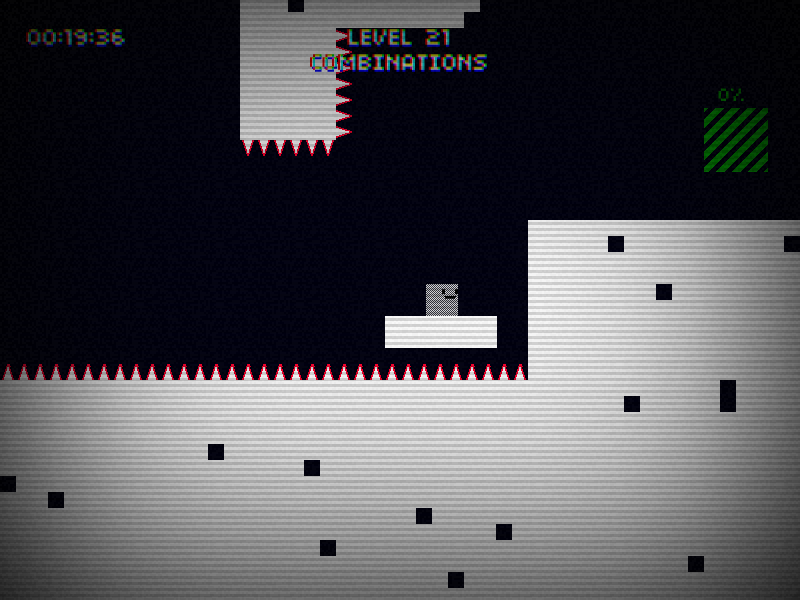 This (buggy) prototype is a local multiplayer FPS where each player controls a tentacle. You can plug up to 10 mice and Xbox 360 pads and try to move &  shoot angry robot teenagers.

I worked with Tom Victor. He made the graphic assets and the multi controller support. I developed the game system, controls, AI & the weapon system. 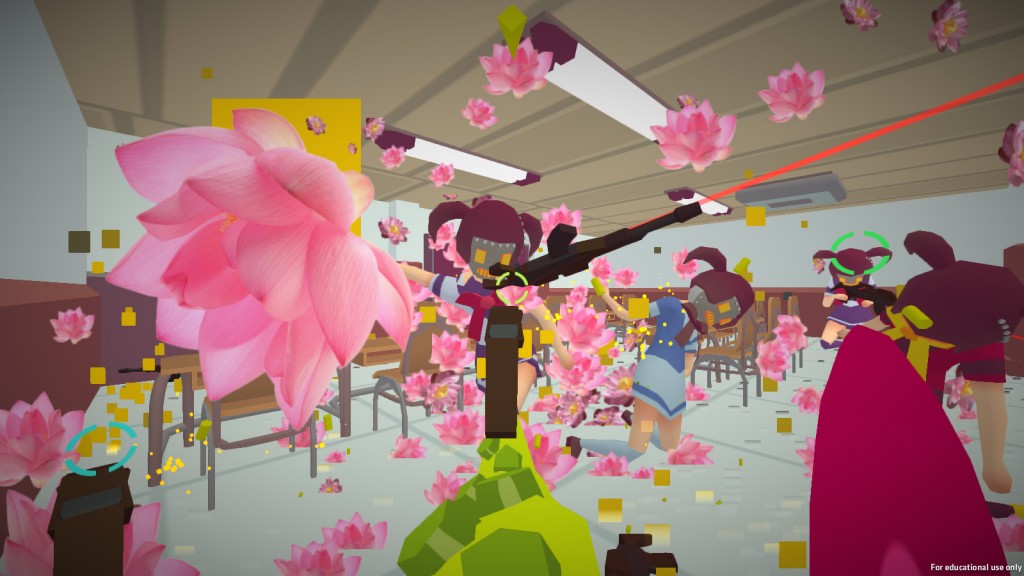 The concept is to have 4 fingers on a single screen (think Twister). Each one of them controls a member of a ballerina doll that has to execute a procedural choreography.

You can download the game here, but it's buggy and may not work on your device.

I worked in a team of 10, including my classmates Tom Victor & Chloé Ravallec. I developed the game system & gameplay, a level design tool and optimized the port on Android using Unity3D.